History of How it Came to Fruition:

Once upon a time in the land of cable TV, a creative and talented producer was searching online for information about aquatic plants and happened to stumble across Aquascape’s YouTube video that showcases the beautiful backyard pond of Brian Helfrich. A light bulb went off in her head and she busily pursued Aquascape to share the idea of a TV series featuring installation of backyard ponds. After a bit of healthy discussion, a pond show sizzle reel was created and pitched to various networks. One thing led to another and a few years later, the show was picked up by the ingenious folks over at Nat Geo Wild!

Tune in each week to see the unique landscaping challenges facing the Pond Stars and find out how these talented pond builders aquascape the landscape to create custom pieces of paradise in backyards across the country! 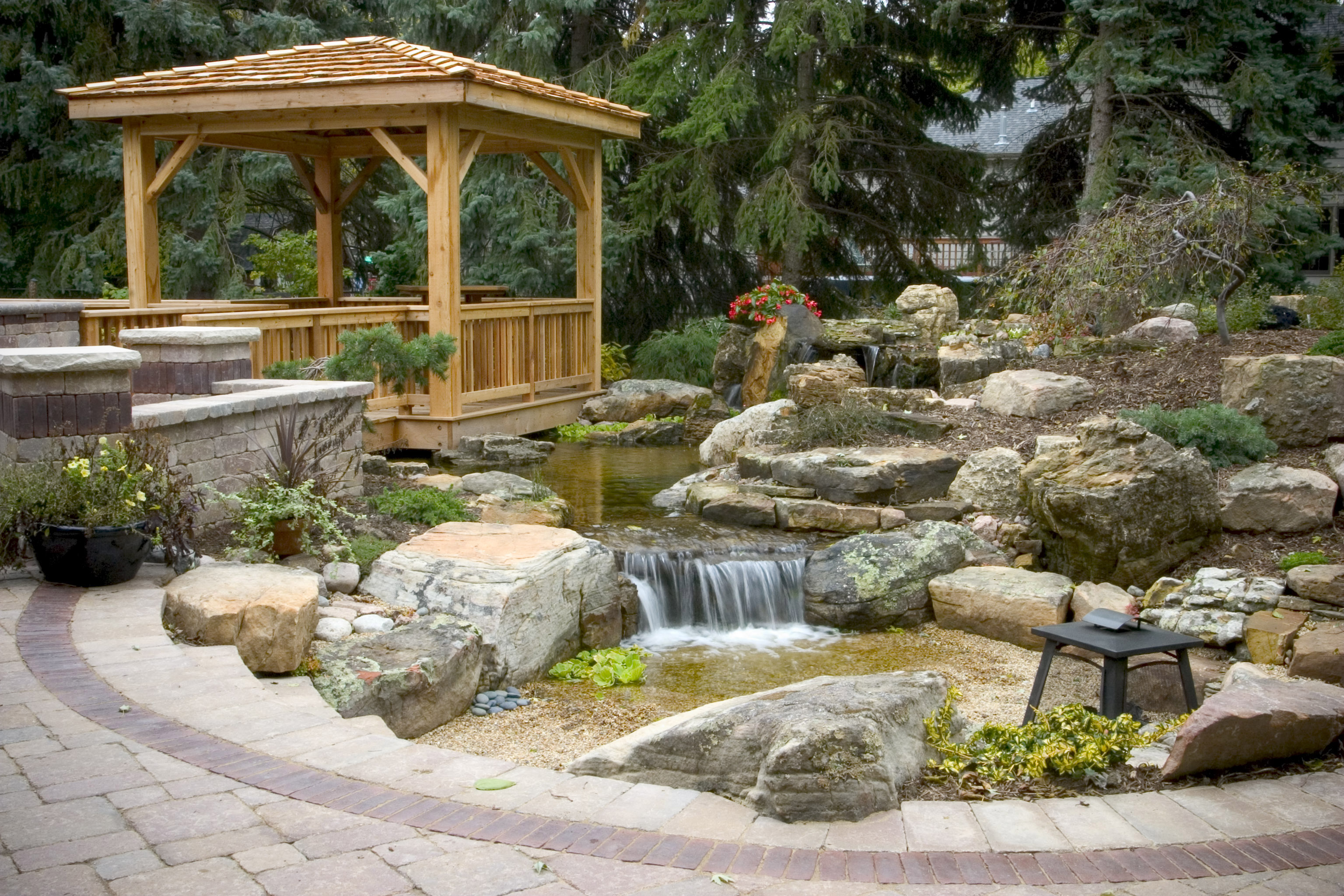 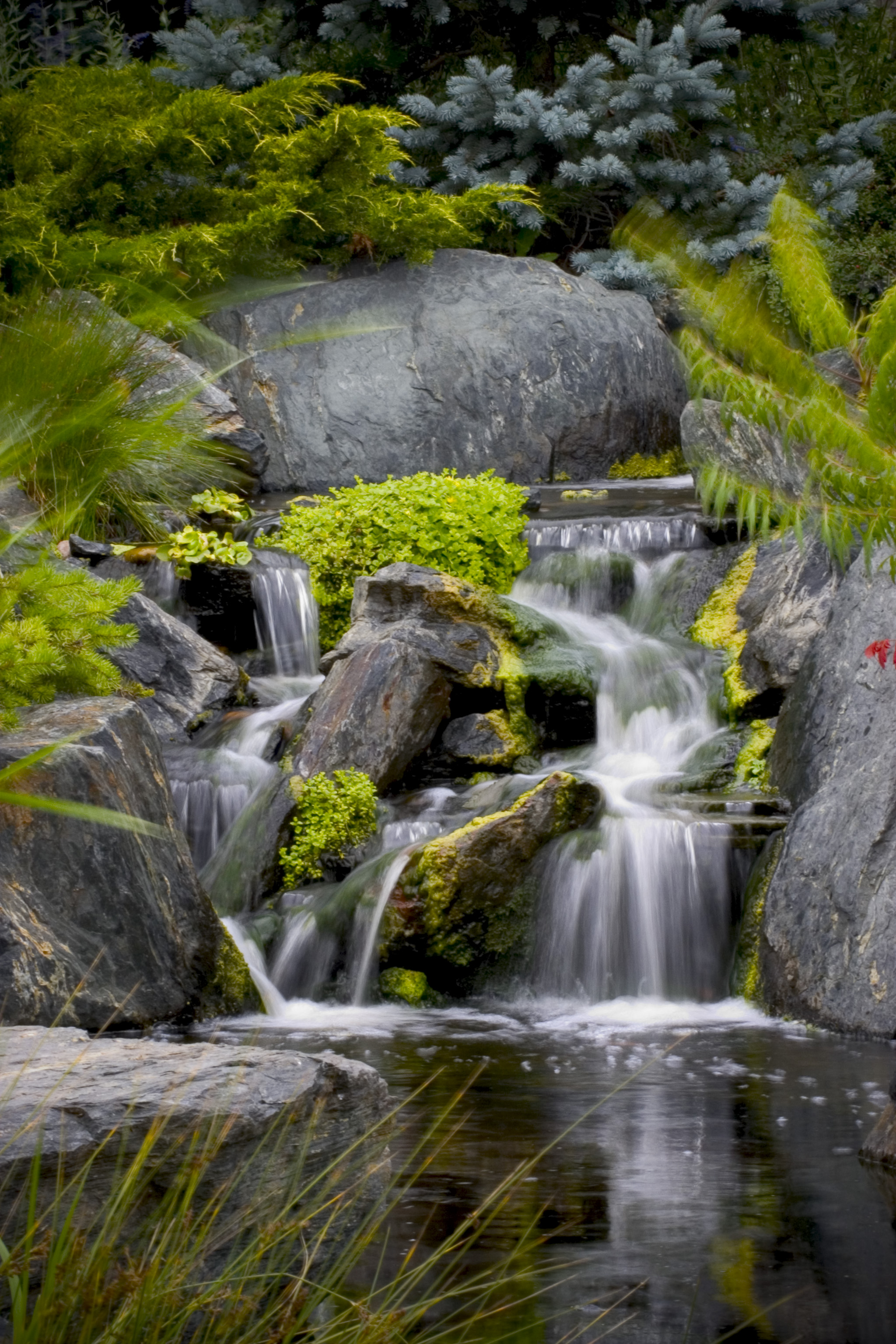 A backyard is a terrible thing to waste, especially when it has the potential to invigorate the surrounding ecosystem. But, what’s a homeowner to do? They can call the Pond Stars – a group of some of the world’s best pond builders, who can turn any barren plot into an attractive, inspirational and even, healing oasis.

From the wetlands of Northern Florida to the mountains surrounding California’s San Gabriel Valley, Nat Geo WILD’s latest series introduces viewers to a new type of behind-the-scenes adventure and a number of furry, feathered and scaled critters. Led by longtime pond expert Greg Wittstock, or “The Boss,” the team uses its unique expertise and appreciation for the outdoors to tackle these challenging assignments.

Wittstock, who has successfully developed a childhood hobby into Chicago-based Aquascape Inc. – North America’s leading supplier of water gardening supplies – is joined in Season I by co-workers and outdoor enthusiasts Ed Beaulieu (“The Scientist”), Brian Helfrich (“The Foreman”) and Chris Hanson (“The New Guy”). Together, the team presents more than 75 years of experience in the business, having spent decades both training and educating on backyard redesign. Each team member brings a distinct expertise and personality to the series’ transformations and plays a pivotal role in reconnecting clients with the nature around them.

From building backyard ponds to house his pet turtles to building ponds to make money over the summer, Greg Wittstock has been dabbling in water gardens since the age of 12. He began with a concrete creation and evolved to the naturally balanced, #1 contractor-installed ecosystem ponds that Aquascape is well known for.

After graduating from Ohio State University with a degree in Interpersonal Communications, Greg founded Aquascape Inc., which experienced incredible growth during its early years. The company appeared on Inc Magazine’s coveted list of 500 Fastest-Growing, Privately-Held Companies in North America from 1999-2002. Greg later appeared on the cover of Inc Magazine, along with a feature article about his leadership and entrepreneurial spirit.

In 2004, he was nominated for Ernst & Young’s Entrepreneur of the Year award. Greg also received the Best Boss’ award from Fortune’s Small Business Magazine and Winning Workplaces in 2005, and earned the University of Chicago’s Entrepreneur Hall of Fame award in 2007.

Ed came to Aquascape in 1993 as a construction laborer, but a little creativity and a positive outlook on life and business helped catapult Ed to the position of Director of Contractor Development and Field Research. For more than a decade, Ed has successfully built hundreds of custom-designed ponds from small backyard water gardens to large lakes and commercial water features. He holds a B.S. in Zoology, with an emphasis in Limnology, and concentrated his master’s studies in Marine Biology.

Ed’s work has been featured on the cover of Architectural Digest, in addition to having his water garden designs featured in the pages of Better Homes & Gardens special interest publications, Nature’s Garden, Irrigation and Green Industry News, and more. In addition, he has appeared on several HGTV and DIY channel shows. He was also a contributing author for The Pond Builder’s Bible, Pond Building for Hobbyists, and Succeeding and Prospering with Water Features II.

Brian Helfrich has been with Aquascape, Inc. since 1995, starting out in the warehouse and working his way up to his current position as construction manager. He’s given hundreds of pond construction seminars across the country and is considered to be one of the premier waterfall builders in the nation. Brian shared his pond expertise as a contributing author for The Pond Builder’s Bible, published by Aquascape, Inc.